This article was originally published

Fewer than half of the Open Streets touted by Mayor Bill de Blasio and his Department of Transportation are off limits to motor vehicles as advertised, a new survey finds.

The review from the advocacy group Transportation Alternatives also revealed extreme disparities between boroughs when it comes to the 24 miles of current Open Streets, with just half a mile in The Bronx versus eight miles in Manhattan.

De Blasio had pledged 100 miles of Open Streets early in the pandemic to help with social distancing and safe recreation close to home, after Transportation Alternatives and the City Council both pressed the idea.

This year, the mayor promised more miles, vowing in his January State of the City address that “equity and inclusion will be at the heart of the Open Streets expansion.”

Nine months later, the mayor hasn’t fulfilled his promise, according to the report, which noted: “Just one in five New Yorkers live within walking distance of an active Open Street.”

The report was based on data collected over the summer by hundreds of volunteers who surveyed all Open Streets locations citywide.

They found that of all 274 Open Streets locations listed on the city’s Department of Transportation website, only 46% are active.

THE CITY reported in April that businesses on Fifth Avenue in Brooklyn’s Sunset Park were struggling to raise funds to staff barricades and ensure the roadway remained off-limits to cars — and safe for pedestrians, cyclists and restaurant diners.

In May, de Blasio signed a Council bill making the Open Streets program permanent. The measure requires the city Department of Transportation to manage or sponsor at least 20 stretches of street.

A DOT representative said steps are being taken to make the program sustainable for the long haul.

“Neighborhoods that applied to the program are already being supported with resources to make their beloved Open Streets permanent,” said Seth Stein, a DOT spokesperson. “Equity and fairness have been central to this program from the start, and we are doing outreach to neighborhoods that lack community groups or [business improvement districts] so they get the support necessary to take part in the program no matter what.”

“We look forward to reviewing this report and any recommendations to make this already successful program even better,” Stein added.

Sophie Maerowitz runs the Open Streets program on Avenue B in the East Village and said she’s grateful for a DOT staffer who “really championed the activities and programming on the Open Streets.”

While city workers currently set up the barricades each morning, her group of volunteers is on its own at the end of the day.

Seven days per week, her crew puts away “the barricades at night, which is also something the city said that they would take care of,” she said.

She said cars regularly pass through her Open Streets regardless.

“We really can’t keep cars off of our open street unless we have a permanent closure,” she said, something bureaucratic rules make costly and hard for grassroots groups to do.

‘Save Money and Save Lives’

Lonnie Hardy ran the Open Street on Jennings Street in the South Bronx from this summer until Oct. 1. Her group of volunteers received city funding for the July 6 through Aug. 13 session, which paid for volunteers, youth workers, a unicycle team, jazz musicians, a hip-hop juggler, supplies for making tie-dye shirts and slime, and more.

“Those are things that we would not have normally been able to do,” she said.

Hardy kept running the Open Streets program until officially ending on Oct.1. “There’s a definite need to have a place for the children to come to, so they’re not just running around,” she said.

A local school yard with weeds growing on the basketball court doesn’t open to the public until evening, she noted, and is a known trouble spot. 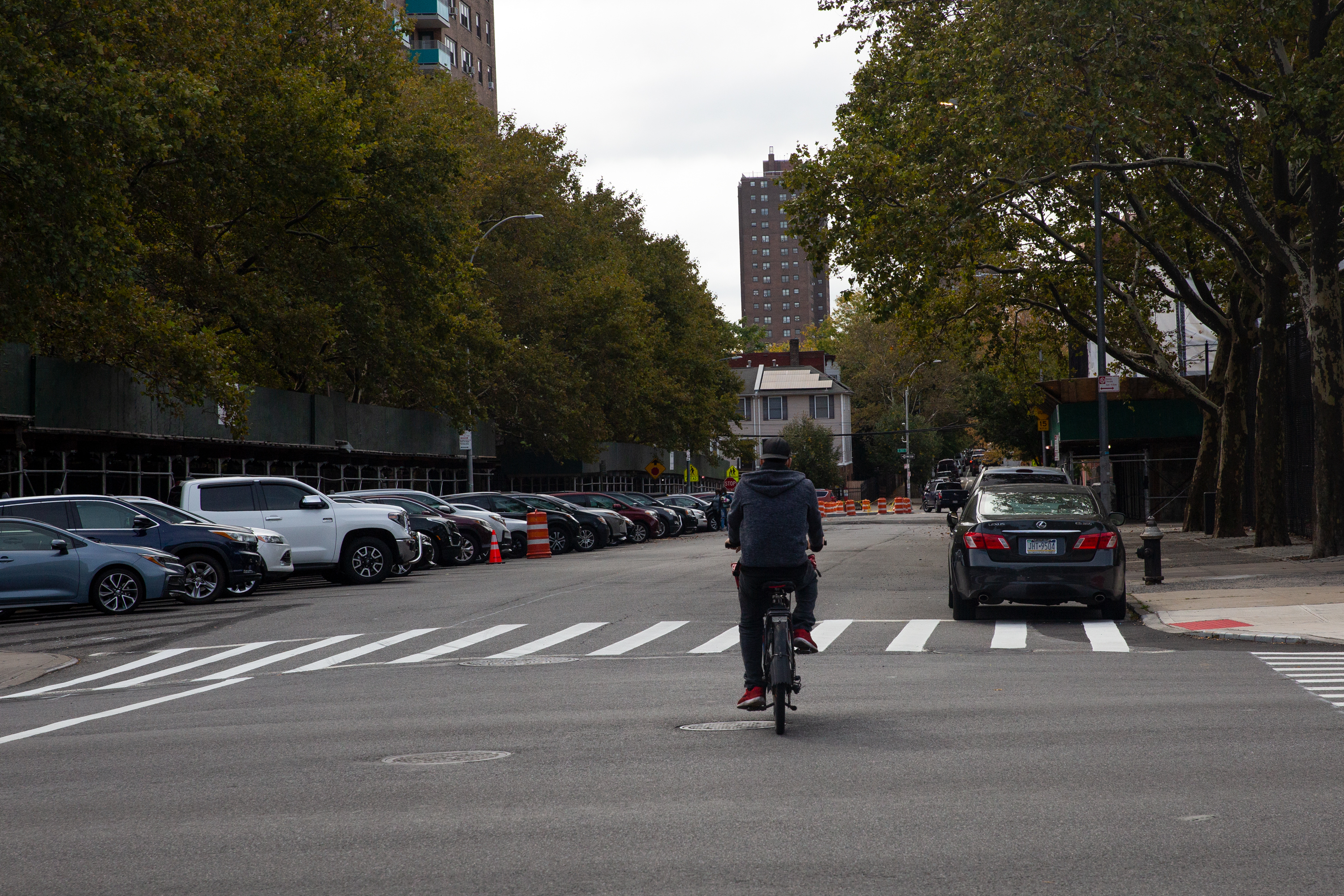 Ben Fractenberg/THE CITY Part of Trinity Avenue in The Bronx had been blocked off to vehicle traffic, but only through Oct. 1.

“There was a shooting a few months ago into this playground, so the children really feel uncomfortable going in there,” she said.

When asked by THE CITY about the importance of sustaining Open Streets for children in her community, Hardy paused before acknowledging her eyes were getting teary.

“These children just need something to do,” she said, as she recalled reading about funding for youth incarceration taking priority over recreation.

“We can actually save money and save lives by providing something for the children, as well as the adults, to have something to do that is positive,” she said.